www.amazon.com
Click here to order my books from Amazon.com
www.scotttreimelny.com
Click here to contact my fabulous agent, Scott Treimel
www.scbwi.org
This is the website for the Society of Children's Book Writers and Illustrators, the preeminent organization for writers of children's books
www.awpwriter.org
Since 1967, AWP has supported writers & writing programs around the world.
www.authorsguild.org
The Author's Guild has been an advocate for published authors since 1912
LSSU YouTube Video
YouTube Video From Launch of Cueless Girls Guide Janice Repka LSSU

I was born in Pittsburgh, Pennsylvania. My dad, Edward Frank Repka, was a television salesman, philosopher, and poet. My mom, Frances Repka, (formerly Butera) was a homemaker, small business owner, and tireless charitable seamstress. They had eight kids. I was the seventh of their eight children. We were raised in Carnegie, Pennsylvania, a predominately Italian/Polish blue-collar town, and all graduated from Carlynton High School.

I married, had children and practiced law for many years, but never lost the desire to be a writer. Then one day it hit me -- dodgeball! I made up pie-throwing clowns, bicycle-riding poodles, and the unofficial dodgeball capital of the world. Sometimes I would laugh so hard, it was difficult to type. The Stupendous Dodgeball Fiasco was my first book. If kids have half as much fun reading it as I had writing it, I’ll consider it a huge success. My second novel, The Clueless Girl's Guide to Being a Genius, was published by Dutton Children's Books in August 2011.

Many years ago, I began a new chapter in my life by moving to Lousiania, where I earned a Master of Fine Arts in Creative Fiction and Masters in English from McNeese State University. Since then, I have been happily living the life of a college professor, teaching writing to others while I continue my own writing career, and generally enjoying all of my good fortune.

Even as a Toddler,I Knew it Was Better to Have My Eye on the Ball Than a Ball in My Eye 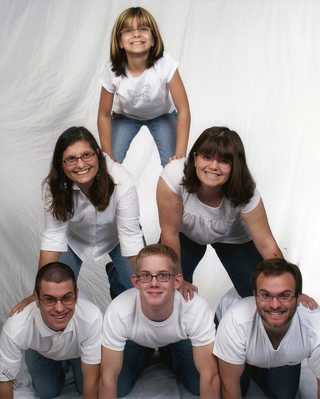 Here's a Look at My Stupendous Family 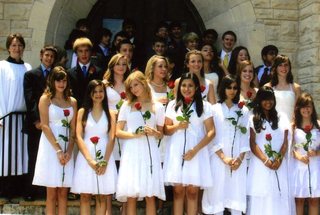